Frozen pangasius fillets from Vietnam have been found to contain Chlorate levels between 2.4mg/kg and 44.3mg/kg. Chlorate originates from chlorine disinfectants widely and legally used in water treatment and food processing, drinking water being by far the main contributor. Chlorate is no longer approved as a pesticide, therefore the default maximum residue level (MRL) of 0.01 mg/kg applies. However, the levels found in foods are often above this MRL. Currently there are discussions to amend the MRLs found in food, however the highest MRL on the draft proposal is 0.7mg/kg.

Following are the notifications released by RASFF portal with regards to the latest finding on Chlorate: 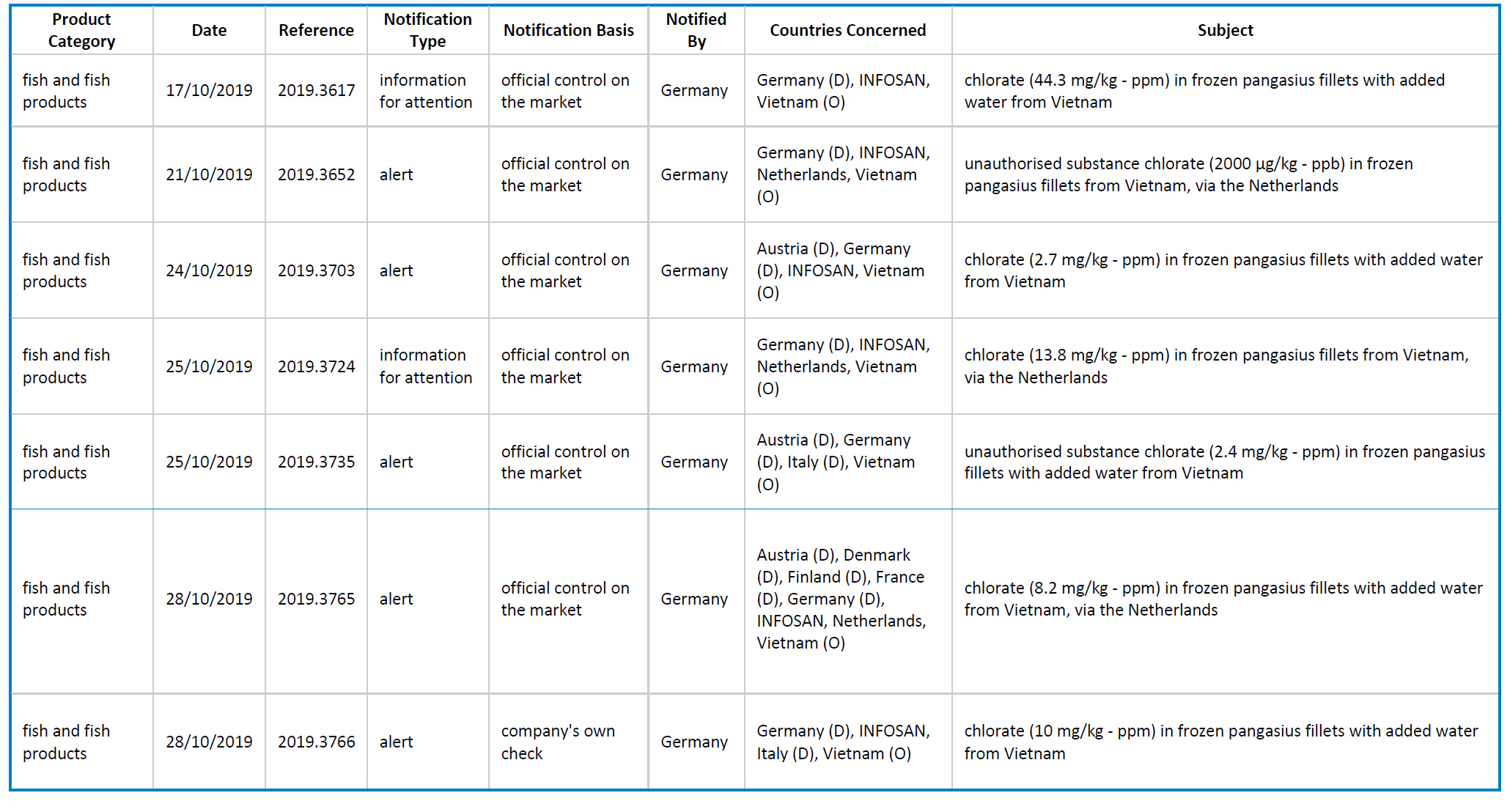 Risk is raised as serious on all but one finding.